Good news for gamers today! Tobii has launched the Eye Tracker 5 that can make eye tracking possible. This device can be connected to your gaming PC and mount on display through a module. Similar to the previous eye trackers developed by the company, the Eye Tracker 5 lets you control several functions, depending on the game you play.  At the moment, nearly 153 games are compatible with the device including Tomb Raider, Tom Clancy‘s The Division 2, and Assassin’s Creed Odyssey. Additionally, it’ll support other games like Watch Dogs: Legion by the late 2020 or early 2021. Designed Especially

Researchers at Duke University claim to have developed a new algorithm that is so good at upsampling images that it can take a photo that’s not much more than a blurry mess of pixels and turn it into a pretty reasonable facsimile of the original. Nicknamed Pulse (or, Self-Supervised Photo Upsampling via Latent Space Exploration of Generative Models), the system works with photos of people as well, creating realistic faces complete with facial features such as eyelashes and stubble. However, before you get alarmed at the privacy implications, this algorithm, which uses Generative Adversarial Networks (with two AI systems going

ZTE gets the ‘affordable’ Axon 11 5G to Germany, US launch in the works?

If you thought getting onto the 5G bandwagon was going to be expensive, think again: ZTE has launched the Axon 11 5G in Germany. At €599, it’s not a cheap phone, but it’s still far more affordable than other 5G devices (for comparison, the Samsung A90 5G is €649.00, while the Galaxy S20 series hovers around the €999 mark), and might be a decent option if you absolutely must have 5G. Sure, it’s not a flagship-class device, but given the specs, it’ll do just fine for most people – thanks to a Snapdragon 765, 6GB RAM, 128GB storage, a 4000mAh 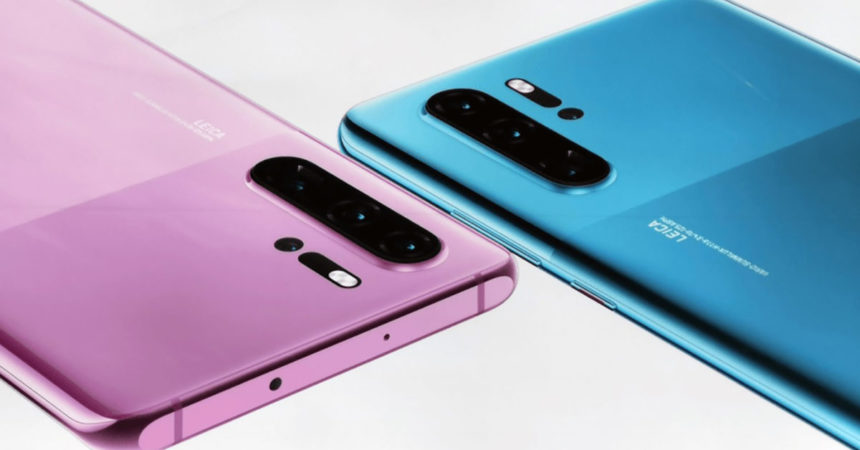 Huawei seems to have found a way around the US government’s order banning American companies from doing business with the world’s second largest smartphone brand – by re-releasing the P30 Pro in a ‘New Edition’ avatar. Readers might recall that ever since the ban was announced, Huawei has not been able to ship smartphones with Google services and apps preinstalled. While this hasn’t affected Huawei’s sales in its home market of China, with the rest of the world heavily reliant on Google services, it represents a potential roadblock in growth.

But at least for now, Huawei has found a way out. Back in January, it relaunched the P30 Lite as the P30 Lite New Edition. Now, it’s taken the P30 Pro, first launched around a year ago, reduced prices a bit, added a new colour variant, upgraded it to run Android 10, and relaunched it as the P30 Pro New Edition. The Huawei P30 Pro was the last Huawei flagship launched before the ban, and under the terms of the ban, can still be shipped with Google’s apps – as is indicated in this post by Google’s Android & Play Legal Director, Tristan Ostrowski.

Other than that, it’s the same P30 Pro which was launched last year. More importantly, being an older device, one that predates the US ban, Huawei’s been able to install Google’s app and services. While prospective buyers might question the allure of what’s really a year-old phone, the P30 Pro does boast of enough muscle to challenge today’s crop of flagships – with a DXOMark score of 116, it’s not that far behind newer devices when it comes to cameras (and still scores higher than the Google Pixel 4). In fact, with a quad-camera setup that includes an 8MP 5X optical zoom, a 40MP main camera, a 20MP ultra-wide, and a depth sensor, it’s pretty much up there what today’s flagships offer.

The Kirin 980 processor used here might benchmark slower than today’s mobile processors, but given that it was top-of-the-line around a year ago, it’s unlikely that anyone except the finickiest gamer will ever notice the difference. There’s also ample storage (256GB) and RAM (8GB), an AMOLED 1080x 2340 display, an in-display optical fingerprint scanner, and 40W fast charging – all of which, again, allow the P30 Pro to challenge newer devices.

Now living in the tropical paradise of Goa, Vaibhav writes on science and technology, while hawking quirky tropical shirts on the side. Before jumping over to the world of freelance writing, he worked with some of India's leading publications, including Stuff Magazine and Outlook Traveller Getaways. In his spare time, he can usually be found chugging espresso by the gallon, blasting out ‘80s metal, or reading up on the history and evolution of technology.

Just a few months ago, the fifth-generation console was shrouded …
May 13, 2020
6 min read

Have an idea that could revolutionize scientific research and space …
June 8, 2020
2 min read